Bad customer experiences but with a happy ending.

You cannot read any news today without being attracted to some adjective that overstates the subject; the world’s funniest video, the prettiest girl, the ugliest dog, the dumbest president, etc. 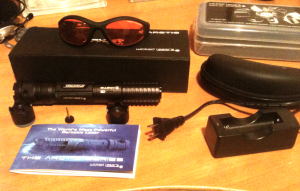 When Wicked Lasers based in Hong Kong  said they were going to introduce a ‘real lightsaber’  on the marketplace that could burn flesh, blind people, and was the most powerful handheld laser ever produced and offer it for sale at about a 10th the price it would have been before, all for $200 a few interesting things were going to happen, and they did.

1)      The laser community that were faithful to wicked were shocked and had a mixed feeling about it.  If you had purchased a laser week, month year earlier you could have paid 10 times as much, for one 1/3 as powerful.  There was not a simple early adopter issue, this was a game changer.  So there were mixed feelings there. Also the community treat lasers with respect at that price, or make their own. if you make a Ferrari for the price of a Fiat, then it floods the markets with newbies, that dreadful part of our society that embrace a new technology perhaps for only a few minutes in herds taking away resource from forums etc.  and perhaps makes your long term hobby at risk due to the possible lack of respect the newbies have to what really can be dangerous, I get it. It happens with surfing beaches and it happened with the internet. 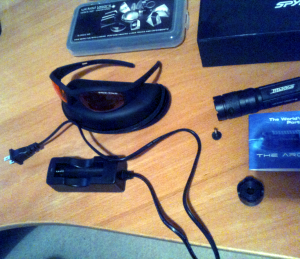 Define Victim of your own successes

2)      The media that saw a promo fake video showing this new laser blowing up a car and reports of a flesh burning real lightsaber, were grabbed up and it got legs as they say.

3)      George Lucas Jedi godfather got all legal as the word lightsaber offered by the media made Lucas defend the name, trademark and product offering,  Funny enough the laser is more like a maglite then a lightsaber in a lot of ways and I find that better.  Wicked do some models of less powerful lasers that do look more like lightsaber but again I have never heard them described as such, but logically if you are making such a device anything that looks like a stick with a light on the end of it (or just a stick) could be considered a lightsaber. As a child I played army with a stick pretending it was a gun, glad Colt or Remington never tried to sue me. 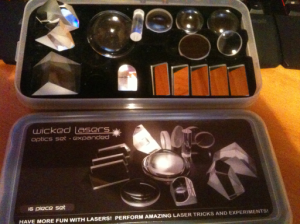 4)      Casio- The godfather of watches and other technology make a new digital projector that use 24 diodes the magic bit of a laser. These new projectors, are the most powerful and cheapest ever offering the harvesting of the diodes a fraction of the price and allowing the cheap laser to be produced. The result is Casio threatened legal action, and issued a letter saying customers should stay away from these dangerous devices. 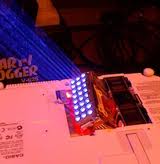 5)      The momentum for the new lasers grew, orders were made and the small company in Hong Kong got quickly overwhelmed. Combine this with the company that had embraced the media and were sending customers  willingly to the social interwebs of twitter and facebook, and multiple forums, and it quickly became a bit of a love hate relationship. Die hard professionals that were almost amused by the frenzy, and new owners that could not understand why wicked lasers was so willing to take customers money, and so unwilling to communicate the delays in producing the units or anything really.

6)      It also appears there was concern in the US (the largest customer base) of the safety of the new lasers, so a design change had to take place, that in hindsight was a good thing but in reality meant more delays and with no communication to the customers a worsened customer frenzy took place with the seller wicked lasers.

7)      It is estimated many orders were lost due to the negative press over the poor service. But wicked has more orders than they can deal with so they might not be too bothered. Their answer to the drama was to offer customers refunds, or discounts on future orders, or even free product on future orders. They to date never got it that all customers wanted was the truth.

8)      Some owners even noted they were credited for their lasers and still sent them. Additionally a further design change offering a further delay but with extra features at the same price, also confused many buyers initially. This meant there were 2 models G1 and G2 with the G2 being shipped later offers variable power, strobe features and more. Really worth considering.

9)      This meant getting having to notify wicked again if you wanted your original order sooner (6 weeks vs 1 week of original expectation) or another 2-3 weeks or longer again. This then required proactivity by the customer base to contact wicked and ask for their laser ASAP or the default and wait a bit longer for the new model.  A real mess for customer service. All wicked needed to do was stop making offers of delivery times they were not able to keep.

10)   They promised 4-5 delivery dates publicly that they never kept to and it grew to monty python proportions where a customer would ask for an update and they would not reply, or offer a refund and nothing else. They would send customers to the community forums that customers could not get login access to. It really was a lot down to existing customers through the existing forums that through their own aggravation helped drive better communication back to the hordes of laser newbies that made their life hell, and folks contacting the media that had ran the story to begin with.  To many that were first time customers of Wicked Laser, but not first time customers to purchasing on line it had all the markings of a con. Even many customers that new the company was legit had doubts over the miss information wicked laser was publically offering. For a small community with perhaps a few thousand orders it was a big deal.

Well, with never purchasing a portable laser before, I had no idea what to expect. Needless to say I am a bit overwhelmed at the build quality and I do not impress easily. I was expecting a lightsaber replica plastic light and fragile feeling.  Something a kin to a large laser pointer, which is the only thing I could compare it to. I found it more a cross of a lightsaber 20% and a mag light flashlight 60% and 20% something else.   As I have a bit an appreciation for mag lite flashlights (am I alone) it is a real compliment.

Safety
Now I did not want to go with the hype too much, but as the unit came with 1 pare of safety goggles I purchased a 2nd pair, and a set of optical lenses that I have to admit with the prisms, mirrors, and other lenses (some fit into the arctic housing). The laser will burn, and it is strange to be burnt by a laser, the human braid says fire=burning, light is safe. With a laser it is like a very hot flame, and will set things on fire like a match will. This is NOT a toy. As a result there is a safety switch and even housings that can be removed to make the device unable to start.

The laser
As mentioned the feel is heavy like a mag light, and to say the unit is bright is again an understatement. So wearing the goggles is a no brainer. The battery is about the size of 2 c batteries stuck together in length, is included and a charger that is both 110 and 240. If not in the USA you will need a USA to your plug adapter. Brightness, this mutha is bright, if you add one of the extra optic lenses I also found it produces a dot about a foot in diameter that does not seem to diminish over long distances.

Was it worth it
From a novelty perspective alone yes. If you have no children that might be at risk yes. Not as deadly as a gun, it should still be treated with respect.

Any negatives
There does seem to be some build quality issues and some folks have shown usability issues and some defects.  The unit I have the G1 was fine and I had no other issues. I have heard some reports of lense issues, but not sure what they are at this time.

See it in action
Please visit YouTube to see the video review http://bit.ly/arctic-laser