Currently Microsoft is in a bit of a security lockdown, after acknowledging that there is a glitch between their online Microsoft portal, their payment system, and their website, due to ‘a security incident’.

In one case a customer has spent weeks trying to purchase online services from Microsoft including, TechNet Licencing, and on having multiple investigations raised by Microsoft and  their Australian bank credit card fraud division, it appears the culprit was Microsoft.

‘Microsoft insisted it was my credit card issuer (my bank), but as the transactions actually went through, (6 of them) and were approved, that was not correct’ says one customer that wished to not be identified.

‘Microsoft said in multiple emails that charging the credit card and not releasing orders were new measures to protect credit card holders. – not true’ 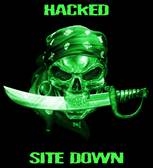 When Microsoft was asked if they meant because they were hacked or attempted to be hacked, I was told they do not use that word.

Based in case IDs raised on one incident by Microsoft, it took 6 attempts over 2 weeks to place and eventually correctly process just one order.

‘The worst thing is in 4 emails and in 2 conversations, they claim it is my bank, and worse that I had NOT been charged when I had been. Had I just been told that they had a security incident or problem and they fixed it I would have been ok’

‘Microsoft is reviewing their processes and procedures in this matter and are working on the online systems to correct the problems.’