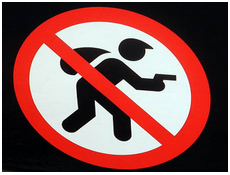 1. If you have had an Internet Service unchanged in 6 months or longer than you are likely over paying for your service, sometimes these costs are dramatically more than they should be.

2. Also worse you would have data usage that might go over your usage allowance, incurring excess charges that are very high, or degradation of service. This overcharging can be hundreds of dollars per month (not per year per month).

With more and more videos and music in the cloud for us to download,  or upload, the world is downloading and uploading more than ever. In Australia we are no different but most are over paying for their Internet sometimes dramatically for years.

Actually greed and the refusal to think outside the box by the Internet Service Providers, from a market perspective.

The problem has been ongoing for years but the overcharging was worsened in September 2010. At the time the wholesale cost of Internet dramatically reduced.  Internet Service providers big and small Telstra, Optus TPG, iiNet, etc. all faced the problem of how to maintain profits and revenue. When this happened to in the UK (I was working for British Telecom at the time), this actually put some smaller (and not very good) Internet providers out of business. I did some research on how you could offer existing customers lower prices proactively, and increase revenue as well, the US and UK adopted that pricing model, Australia did not.

The result of this is the monthly charge of the Home Broadband Internet Service you bought 1 year ago  has not changed but what you get for itis a fraction of what a new customer would get for the same price today.

‘It is like going to get fuel and there are no prices advertised, as everyone gets a different price for the same fuel depending when they signed their contract’.

The practice is common.

Yet many Australians have not spent the 30 minutes it takes to sometimes save 50% or more by knowing what service they have, and adjusting their bandwidth appropriately. This means in most cases being able to call your existing supplier and letting them know from their website that new customers are paying less for their new service, than I am paying as an existing customer, can I please have my bandwidth upgraded to the current rate, or move to a new service etc. Most Internet providers will be happy to do this if you hint you prefer not to shop around.

Why So Serious ?
So, if the price is the same then do I care if my service is ok? Well it does not work that way, There are 2 scenarios,

1.  The amount of bandwidth you are using is more than your allowance was a year ago.

In that scenario, when you exceed your data allowance either your Internet speed will get really slow, or if you defaulted to pay for extra bandwidth, then you could be hit with extras more than your monthly bill (we are all downloading more than we did a year ago remember)

2.  You might not be using all your data allowance so the plan you have is right, or you bought a new plan in the last 6 months, then you might be fine.

1.  This is all so easy, check your bill online to see what your service is you are paying for (something like a 25GB plan on ADSL with or without telephone bundled in for $xx per month ),

2.  Go to the website of your current Internet Provider, or call them if you have to, and see what the comparable product is today.

3.   Phone your ISP and get that lower price.

There are a few reasons for this;

1. Financial Overhead Cost Allocation – FOCA this means in a big company they allocate costs to the service you buy, that cover part of the parent company costs

2. Ease  – It is easier to let customers over pay on services than to update them, if they are unhappy and you have been proactive they might leave (customer churn)

3. Greed – Let’s face it if consumers are happy (or blinded) to not know the right questions to ask, then why lower your prices.

How Can they Get by With This

1. Smoke and Mirrors – The Internet is a commodity like gas or electric (and just as important for many of us), yet ISPs still make it a bit confusing when ordering a service. If you know what you want then it is easier, if you need advice, it is sometimes so forthcoming. If you know what you want but the ISP has a better deal they might not always offer it as it might not be the most profitable service they they offer.

If you have incurred any excess charges for your Internet service and again you have had a service unchanged for some time, then the lack of proactivity by your Internet Provider could have meant you paid higher prices as a result, sometimes twice as much as you regular rent.

Example 1: My friend has been on BigPond for 2 years they are paying $90 for a 25GB download internet and phone bundle. Today for that same price other Internet Providers are offering 500GB or an unlimited service. This a difference of 20 x not a small amount

Example 2: By friend in on an Internet Service that charges excess (pay as you go) when you exceed your otherwise allowed usage). These charges have been a lot,  and going on for some time. On further review it turns out a new service would have a huge difference in the data allowed, but because the customer does not know this and their ISP Telstra did not tell them they could upgrade for free, the result was the customer having regular $200 and $400 in over charges bills for a $60 per month service.

Here Telstra failed to disclose to the customer by not being upfront on pricing, that the customer could upgrade for free and save $200-$400 per month in excess charges also to Telstra. I suggested a pert call to Telstra on this lack of Duty of Disclosure Issue before sending a letter to the Ombudsman,  Telstra was happy to change the plan and credit the yet unpaid $400 in excess fees.

Recently is was reported that many Australians are planning to look at changing  Telcos in 2012.
Not a big surprise.

It was recently reported that only 16% of Australians will move or upgrade their mobile phone plans, due to the perceived complexity of doing so.
The excess customers are paying on their mobile service is often a fraction of what they are being over charged for their home Internet connections.

Moving an Internet Connection can be more complicated as with mobile phones you can often keep your number, with home Internet consumers lose their email address from their ISP, this requires a lot more preparation, ahead of time like moving all their Email to gmail or their own domain name so the loss of their ISP email address is transparent.

This is not widely known, so ISPs will often use this to get customers to stay, almost bullying them into staying.

Not All Bad News

What about the ACCC – Austraila Competition & Consumer Comission

If all of this is true (it is) then surely the Australian Government would act ?

Hmm, This seemed obvious to me, if you are being overcharged or have a complaint, about Internet Services then the ACCC will act.
Recently they acted against one of the few ISPs actually doing a good job and that is TPG. TPG offers unlimited Internet Services for $29.99 per month (plus a $30 phone), or $59.99 per month without (the same price either way). The ACCC took exception to TPG as they were not being as upfront about the phone cost. Silly really.

So I raised a complaint to the ACCC about the ACCC on this (more to prove the point and raise the issue formally). My point was simple they investigate singular acts of consumer problems what about the widespread fact that most customers do not know they are getting over charged then paying for these over charges with yes more overcharges.

The ACCC was clear on this, (and very polite) they do not regulate an industry,specfically on their web site here  they say The ACCC does not regulate voluntary industry codes of conduct, only individual complaints. I understand I worked closely with OFCOM, in the United Kingdom for the better part of a decade on these same issues. OFCOM did try to regulate  an industry and not very well. However, some folks did not overcharge the customer the way Australians are being over charged.

If nothing else the ACCC  should add this information to their website, on this page for instance . But I think it needs a show like a current affair to look at this as it is so blatant and a topic they covered recently on mobile phones that is nothing compared to this.

Note: Loren is a 17 year veteran of the Internet Community, and introduced Business broadband in the UK in 1998  for British Telecom and has been evangelizing and introducing new products and Services on the Internet / Cloud / and Online Services in Australia for the last 6 years. since. His blogs and twitter following is around 10,000 at any time (8700 on twitter alone)