· When the Provisional IRA bombed the tallest building in London (BT Tower) 42 years ago this week on Halloween 1971, it reaffirmed a resulting chain of events that are very timely today. The re-enforcing and sharing of communication and intelligence across continents between allies, of course the USA and UK. In 1971 it was a time of Nixon, fund raising in America for the IRA that was their main source of funding, as the USA did not recognize the IRA as terrorists (another story there worth reading). This was only 2 years after ARPANET (later DARPA) carried the first packets of Data). ARPANET being The Advanced Research Projects Agency Network a USA endeavor based on a a British design (Donald Davies CBE NPL UK) that later with Vint Cerf created of course elements of what we call the Internet today. London was the first International node of ARPNET, showing the bond digital communication would have from 1971.

However it was not till  years later that Margaret Thatcher had buddy Ronald Regan stop the collections to stop the flow of IRA funding. There was of course a multilateral agreement in place already of course since 1946 as part of the until 2012 unknown named, name Project ‘StoneGhost’ a Top Secret Sensitive Compartmented Information Network and part what is known as the 5 eyes alliance. This included Australia, Canada, New Zealand, the UK and USA, but the UK and USA had a special bond 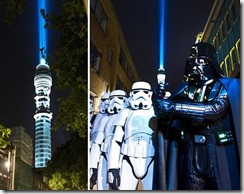 · This was previously known as Intelink-C, Q-Lat and Quad link. Few even knew of the alliance till 2012, when a Canadian Navy officer was sentenced to 20 years for contravening information from Operation ‘StoneGhost’. Part of the alliance was the sharing of data as well. Today all of the fibre in the UK connects via BT Tower, in London with the 34th floor of BT Tower still covered by the Official Secrets Act. The UK still does its information gathering, the building is still closed to the public and you have to have a level clearance so high that clearance to Buckingham Palace and No 10 Downing Street (home of the Queen of England and Prime Minister) are below access levels required.

As the story continues to unfold that the US Government (wrongly or rightly I am not judging here), had concerns of the closeness Germany’s leader Merkel, had with Putin of Russia, it would not be too farfetched to find another ally had some small or large part in the exercise. to monitor (not spy that is illegal).