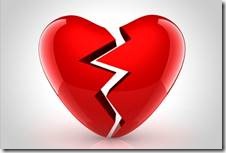 In 2005 when I was at British Telecom they sold their Mobile Phone division BT Cellnet / O2 to Telefónica for $29B USD (that’s around $37B in today’s money), it was done for many reasons, largely to clear debt and work faster as a company towards profitability and focus from the mobility perspective on R&D. Though very different in some respects to Google, there are some similarities to the recent sell of Motorola. For instance they did not sell their R&D for the company or mobility. As a matter a fact BT R&D was and is still thriving in mobility as well and had the largest R&D in the world at the time 2nd in the world in 2005 and 4 in 2010, depending what numbers you look at. Their R&D alone is still in in 170 countries with labs in the UK, Boston, and Abu Dhabi. They immediately made mobiles again, then backed out and are about to re-enter the market making mobile phones again changing their business models and relationships as they go.

1) Getting rid of a legacy business improves ROI (return on investment). That is, If Google was to start a new mobile HARDWARE division tomorrow, it would benefit, from the intellectual property it still owns on the R&D side, patents, talent and with no Motorola legacy and it would be more profitable as it would not have the legacy costs and overheads

2) Anything they do next in mobility will not have to address their relationship with other supplier’s vs their own with Motorola.

3) There is nothing stopping Google still offering mobile technology as a matter of fact it is likely. They could even produce mobile devices again also likely.

4) Selling Motorola allows Google to not have to be dragged away from innovation,

5) As Spock said, The Needs of the Many Outweigh the Needs of the Few. If Google really wants to woo partners, (hardware, developers etc) then enabling multiple suppliers and not antagonizing any others by having your own to contend with is a great way to do so.

In a nutshell, Google will eventually if not sooner re-enter the mobile marketplace, in the meantime they will with Samsung and others continue to innovate and lead the next generation. They also own a 6% $750M investment stake in Lenova.

The new Nexus products will now be made by others, with the Nexus 6 mobile being made by Lenovo.